WE ARE STILL MACHINES

Our true conscience can be, and in fact it's almost always, completely absent from all that we do, think, want and imagine... WE ARE STILL MACHINES – Album - September 2017 My new studio album, the second of my new artistic cycle, finally lands on Bandcamp, uncomfortable, restless and faceted. Man's true awareness, almost never fully developed and, at the same time, the condemnation to depend on his mechanical nature and lack of will, are at the center of musical and poetic speech of WE ARE STILL MACHINES that tells, through the codes of electronic music that belong to me, the final time of deception, malleability and modern weakness: where we are waiting for a savior who lift us from effort and suffering and hope for the hyper-technological future that will actually fall asleep us more and more, following a non-development line, even through artificial intelligence, making man increasingly alien from his hidden center. Men and women who will have to, or already have to, appear balanced, integrated or intimidated by fear, but above all to be dependent on macro or micro needs, sufficient to themselves or to a small group, influenced by a personal, narcissistic, narrow home-based center of gravity. You should preferably listen to the album's nine tracks, including two each ones lasting more than 14 minutes, all of a breath, in order to sense an invisible and strange overall effect I want think it could paradoxically reposition, even for a moment, the listener-man in his center. Because the real question, however uncomfortable and buried, will always resound alive and identical in each of us: who am I? In "Engage Me" kamancheh is played by Amir Mofrat, Iranian musician from Arak, to whom my biggest and sincere thanks goes. The kamancheh is an Iranian bowed instrument, used also in Azerbaijani, Turkish and Kurdish music and related to the rebab, its historical ancestor and also to the Byzantine lyra, the precursor of the European violin family. The closing bonus track, "Here I Am", is the result of a great collaboration with LISFRANK. Fulvio Guidarelli (stage name Lisfrank), is an historic name, a pioneer of Italian synth wave, active since 1980 within the rising underground turmoil of Italian electrodark. In "Here I Am" (one of my tunes of 2011 specifically recreated here) he has brought his voice, his crucial style, text's invention, his synth, merging with the song in a unique way and bringing it to a new exciting level. I am infinitely grateful to him for the gift. 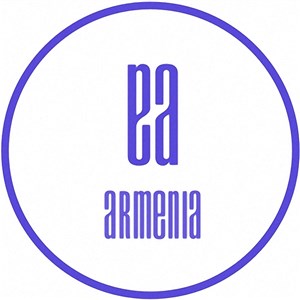 As above so below “I realized: I'm an infiltrate in the world of machines and electronic music. Basic a subversive. I go towards man and everything is adjusted for this purpose in various ways and paths. I install a human virus and I go to the result. Then the machines, both software and hardware, begin to bend, to heat up and become alive. Sometimes it's surprising. Alchemical operation in my sight. The Wise commands. In the background the Child and the Doomsayer.” Music is for me description of Essence. My dark tracks are dense, often restless and do not indulge in harmonic and melodic solutions which simultaneously outline. I combine instinctive and intuitive approach with soundscape's meticulous care. I could describe myself as an apprentice Orpheist.